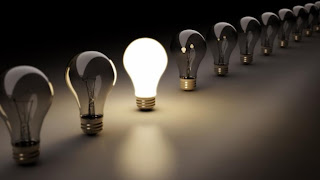 You see, to me, it doesn't matter that Beethoven was a musical genius. Without a genuine love for music he would have found himself able to compose pieces with technical perfection but his music would have lacked the soul, grace and passion that turn the good into the great. People often forget that it’s not enough to be talented at something. One has to enjoy doing it as well.

The danger with focusing only on the things that you are good at is that you’ll find yourself in what I call “The prestige trap” (I'm not the only one, either, you can see the phrase used here and here). It may be something that you're good at but don't really care about. Perhaps it something your parents want for you. Or something your society expects from you - given your background and status. So you do it, and you do it well. You get so used to the easy gratification, the accolades and maybe even the money that you end up becoming arrogant and complacent. After your initial early success, you may lose interest in the thing, but because you've become so addicted to the praise, you’ll do anything to maintain it. You may start to produce mediocre work – which, given the sheen of your past performance, will either be unduly praised or denounced too harshly. Or you may feel you have to keep on producing bigger, better things but you find that you can’t. But you can’t quit either because by now you’ll be so terrified of failure. You’ll be living in constant fear that you're a fraud and you’ll be found out. The Prestige Trap is its own kind of death, because you end up losing touch with who you really are. It’ll wreak havoc on your personal life and your self-esteem and will eventually leave you feeling hollow and alone.

I know my theory may be simplistic and it may not apply to everyone, but that's what happened to me. For my part, I felt that if I wasn't a “success,” then I didn't deserve to live. I would rather have died than see the look of disappointment on my parents’ faces.

I have come to believe that we have no obligation to anything but our own joy. Joy should be distinguished from pleasure. Sadists get a great deal of pleasure from the pain they inflict, but none of them could ever be considered joyful. I believe that each of us is here on earth to find what makes our spirits light up and to do that thing consistently – despite every obstacle. And I believe that joy can only be found by trying a variety of things until one finds the one thing (or series of things) they not only do well, but enjoying doing so much that they would rather not do anything else.

After all, we all have our own personal ideas of success – whether we realise it or not. That’s why you can meet people who have tons of money, admiration and even fame and find that they are desperately unhappy. These people know that what they have isn't giving them the joy that they want, but they may be too frightened or too complacent to give it all up and find out what does.

Going out to seek your joy isn't easy. You’re going to piss off a lot of people. You’re going to disappoint a few more. There will always be someone who has a different plan for your life. But you know what? That is not your problem.

Someone once said that “Whatever wearies the spirit is never good.” The spirit is nurtured not by intellectual knowledge or wealth or accolades. It thrives on passion, and abundance and new experiences. So as you go into the new year, don’t set out to find out what you’re good at, set out to find out what you love. Even if you suck at it – at first – your spirit will sing and you’ll find yourself having so much fun that before you know it, you’ll not only be good at it, you’ll be great. Take if from me, it’s much better to be passionate than talented.