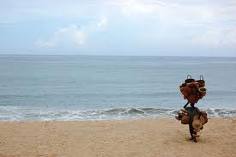 He could not have been more than twelve. He moved from car to car hawking chewing gum and breath mints. He would scan the faces inside looking for that telltale linger that signalled interest in his wares. Then he would wait by the window or call out to his wares, his gaze already looking for the next potential sale. If the wait proved too long or if he was dismissed by a subtle shake of the head, he would move on.
It seemed he was the one selling bottled groundnuts at the junction by the filling station, or hawking cheap chocolates at the park. He was among the wheelbarrow boys in the market zigzagging through the throngs. He was the conductor hanging out of the commercial bus, whose eyes were too old for his face, shouting himself hoarse. The mechanic’s apprentice rolling a spare car tire across the road and the plumber’s boy who held the tool bag while his master unclogged those pipes.
He was also the sun-darkened schoolboy in a tattered uniform, dirty grey socks and battered Cortina shoes so often repaired, they were falling apart as he walked. He was the goalkeeper in a stained singlet and oversize shorts playing football in the field opposite the police station. He was one of the eternal young men gathered under the mango tree in front of the gate of an elaborate house.
He has been the silent witness to our history and the victim of our every opportunity lost to greed and corruption. Dressed in the castoffs of the West, he was among the crowd of boys who chased after the first white man who came into the village on a bicycle. He came out to admire the town’s first car. He gathered in the village square when the big man brought out that television and allowed everyone to watch under the tree. During the war, he fought in our armies, wearing a uniform too big for his frame and carrying a weapon too heavy for him to bear.
As he wanders among the detritus left behind by the latest political rally, hawking his goods, cleaning car windows, leading you briefly wonder what the future will hold for him.
In a thousand incarnations he enters our lives and after each brief encounter he returns to that blank space in our minds. When he goes, he takes with him his name and his story. He is someone’s son, someone’s brother, someone’s cousin. And tomorrow, he will be someone’s father.
1 comment:

The power and glory of the word

For as long as I can remember I’ve been fascinated by words. I would go through the dictionary and find interesting words and repeat them to myself. That’s where I learned the words fervid, turgid and fulgent. When I am tired, my words are the first to go, and when I want to wound, my words cut deeper than any blade.

The problem is that words are a contradiction. On the one hand, they are so powerful, they can change destinies, destroy civilizations even – according to the Bible – wrest creation out of nothingness. On the other, in the mouths of men and women of easy virtue, they are worse than meaningless.

In my world, words are more dangerous than grenades because the shrapnel does more than wound the body. They lodge deep in the psyche, forming never-healing scabs. A barb thrown out in a moment of anger can lodge in a child’s brain like a grain of sand in an oyster and grow until it is the glistening pearl of self-loathing that picks up the razor blade he uses to end his life. The empty promises of today are the seeds of disillusionment that will blossom into the bloody revolution of tomorrow.

Perhaps that is why I am a writer. I love the way a well-crafted sentence can play on the tongue. And when a master like Stephen King can write: “Her voice, warped and distoted, cut through the babble like a dull ax through a calf's brain,” I can only shake my head in bemused wonder. That is why I love fantasy-fiction in particular. I have just finished reading the first two books in the Dark Tower series: “The Gunslinger,” and “The Drawing of the Three.” I had read “The Gunslinger” years ago in middle school and was hooked, but reading it again was breathtaking. It is difficult enough to write the human condition with depth and feeling, but to write it in a world that does not – could not – exist, well that is something else again.

And it is words that make it all possible. Right now, the leaders who run my country use words to underlie their misdeeds like the shredded newspaper used to line a filthy cage. They mouth empty promises about roads, power, education and clean water, throwing words into the air to cloud our minds, while their hands are busy raking in the wealth of the nation. But I believe that such is the power of words that they cannot be used with abandon. If thoughts can create our destiny, how much more powerful are the words that thoughts birth?

I believe that for those for whom words are merely the grease to smooth their sins, there will be a reckoning – if not in this life, certainly in the next. For words, once spoken, cannot be swallowed again. And that which we name will name us in turn.
2 comments:

On Black Sisters Street by Nigerian author Chika Unigwe and five other books by African writers have been nominated by libraries around the world for the International IMPAC Dublin Literary Award. According to the website it is the largest and most international prize of its kind and is open to books written in any language.

The other authors are:

In the United States of Africa by Abdourahman Waberi

A Man Who is Not a Man by Thando Mgqolozana

Something has been bothering me lately. During my time at the BBC’s guest house, I started reading Martin Meredith’s The State of Africa, a fascinating book that traces the history of countries on the continent since independence from colonial rule. Reading the book, one is struck by the immense damage that colonial powers inflicted on their African territories.

European nations wiped out cultures, looted natural resources and in many ways reduced vast numbers of people to little more than orphans and beggars. During their rule, few of the colonial powers made any effort to equip their colonies with knowledgable labour pools. The most educated Africans were often only fit to be clerks and petty staff. Bridges, roads and other infrastructure were only built either to facilitate the movement of goods out of the countries or for the pleasure of the colonial masters. Few of the colonial powers wanted to leave.

Colonialism created a ruling elite that was no better than house boys and maids desperately trying aping their masters. They were lost souls who having been severed of their connection with their own people, only wanted access to their nations’ wealth to give themselves the same benefits that their Western maters enjoyed.

Thus, we ended up with leaders who immediately after independence abandoned their populist promises and proceeded to entrench themselves in power using vast systems of patronage and nepotism that are fundamentally at odds with true democracy.

Western support propped up psychotic dictators who inflicted untold horrors on their people then looked away when rose up to fight for their dignity and survival. In some cases, misguided Western aid exacerbated regional conflicts. And the Western media continues to look down on my continent with a shake of the head – declaring it ungovernable, decrying a “culture of corruption,” pretending that things just magically appeared as they are now, overnight.

What has bothered me so much is the tone so many take when talking about Africa. As if war and disease and bad governance are something uniquely to us. As if the West is not prey to strange diseases, as if no one ever takes to the street to protest injustice, as if no politician ever takes money or has affairs.

Colonialism – like rape, like abuse, like war – had consequences. Just as you can’t expect a battered child to shrug off its destructive upbringing without struggle, one cannot expect battered countries, cultures and people to do the same. It will take time, a long time perhaps, for Africa to break out of the abusive cycle it was forced into. We are still too dependent on our abusers; we are still going back to them for more punishment.

Right now, we have a situation in which it seems that history keeps repeating itself. Fifty years on and, in many ways, we are no better than we were under Western rule. We are still being ruled by small, rapacious elite with no connection to the people. It is easier to travel to England than it is to go to Senegal because all our infrastructure is focused on getting goods out of the continent. Nigeria alone imports up to 75% of everything is uses, from rice to shoe polish. And that suits the West just fine.

But there is hope. It only takes one generation to break the cycle of abuse or poverty and decide that there is another way. I doubt that I am part of that generation, but perhaps my children will be.
3 comments: