So there's a lot of noise about Zack Snyder's "Sucker Punch," an action adventure about a young girl's attempt to escape from a mental hospital. I saw the trailer and it looks amazing: dragons, Nazi's and samurai swords - does it really get better than that? And to top it off, you've got five young women kicking ass and taking names (granted, they're in fishnets and school uniforms, but still). Now, while I'm excited about the movie, I'm not sure I'm going to enjoy it, and here's why:

First of all, I love action adventure movies, but I've long given up on seeing any strong female characters who don't have to be rescued by the hero at some point in the movie, no matter how ass-kicky she is at first. Second, it's directed by Zack Snyder, the man who gave us the ab-tastic, but essentially plotless "300." Third, it's gotten mixed reviews. Those who liked it, really, really liked it. And those who didn't, thought it was the end of the world. Not good.

So, in case you see and find that it offends your feminist sensibilities, here are some action-adventure movies with (truly) strong female leads that will wash its taste out of your mouth.

1. The Quick and the Dead (1995): A mysterious female gunslinger enters an elimination tournament for the best gunslingers in the West in order to get to the town's sadistic mayor, the man who murdered her father.  Saw this the other night and it reminded me why I love Sharon Stone. She may be famous for that one scene in that one movie (you know what I'm talking about), but this is her at her best. Also featuring a young Leonardo DiCaprio, Gene Hackman and Russell Crowe.

2. Cutthroat Island (1995): Geena Davis is a crafty female pirate going up against the boys and holding her own in this madcap race to find hidden treasure. At lot more buckle for your swash than "Pirates of the Caribbean," and on a much cheaper budget.

3. Alien (1979): In this sci-fi classic, a mining crew responding to an SOS discovers some of the scariest creatures ever to pop out of Hollywood's imagination. Sigourney Weaver plays Ripley, a woman caught in a situation far bigger than herself who still manages to come out swinging.

4. Crouching Tiger, Hidden Dragon (2000): An impetuous young martial arts prodigy wreaks havoc when she steals a special sword. Two legendary warriors set off in pursuit, but they must also contend with the thief's former lover who also wants her back. The fight scenes are amazing and the Zhang Ziyi, who plays the lead role, is both infuriating and mesmerizing all at once.


Ok, I've spent an inordinate amount of time on this post. There are a bunch of movies that have strong female characters, but because they lacked compassion for other women (these women were just as dismissive and contemptuous of other women as male action leads often are) they were disqualified as "Chicks with Guns." so if anyone has other suggestions for great, feminist action movies, please let me know.
14 comments:

There aren't a lot of markets specifically targeting writers of speculative fiction who feature people of color. There are plenty of support spaces where you can get advice, inspiration and just meet cool people who love and produce this stuff. But not a lot of places actively looking for submissions.

So I was pretty chuffed (love that word!) to find this call for submissions on the Writers Afrika site. Here's what they are looking for:


We are looking specifically for stories for both middle grade (ages 8-12) and young adult (ages 12-18) readers. (We are not looking for picture books, chapter books, or short stories at this time. Please do not send submissions in these formats.)


Manuscript Submissions:
* Manuscripts should be typed doubled-spaced.
* Manuscripts should be accompanied by a cover letter that includes a brief biography of the author, including publishing history. The letter should also state if the manuscript is a simultaneous or an exclusive submission.
* Please include a synopsis and first three chapters of the novel. Do not send the complete manuscript.
* We're looking for middle grade (ages 8-12) and young adult (ages 12 and up) books. We are not looking for chapter books (ages 6 to 9) at this time.
* Be sure to include full contact information on the cover letter and first page of the manuscript. Page numbers and your last name/title of the book should appear on subsequent pages.


Only submissions sent through regular post will be considered. We cannot accept submissions through email or fax.


We will respond to a submission only if we are interested in the manuscript. We are not able to return manuscripts or give a personal response to each submission, so please do not include a self-addressed stamped envelope or a delivery confirmation postcard, or call or email about the status of your submission. If you do not hear from us within six months, you may assume that your work does not fit our needs.


Resources for Writers:
For examples of the kinds of novels we're looking for, check out this list of multicultural science fiction and fantasy novels. Note that there is a gamut of historical, contemporary, futuristic, alternate-world, and other kinds of speculative fiction.


For guidance on word counts and other requirements for middle grade and young adult novels, check out the Society of Children's Writers and Illustrators, which should lead you to more information. Also keep an eye on the LEE & LOW blog and Tu Editorial Director Stacy Whitman's blog, because these experts have great advice for writers.
No comments:

The Fear (and Loathing) of Writing 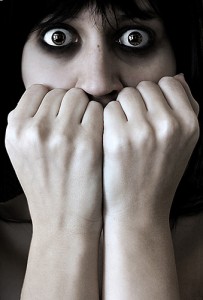 At the beginning of this month I resolved to block off three hours (from 9pm to midnight) every night to write without distraction. At first I promised myself those hours would be dedicated to my novel, but then I expanded it to my personal writing – any fiction, short stories, articles, blog entries, whatever. But what most often happens is that I sit down at my system and stare blankly at an empty screen for a few minutes, getting worked up to a panic, then I wander off to “think,” get something to eat, then I come back end up surfing the net. My favourite sites seem to be: Facebook, Slate.com, Tor.com, io9.com and its feminist sister site Jezebel.com.

Not too long ago, I broke out in a cold sweat at the thought of having to write an article for work. I had been given more than enough time and resources to research it, but I still found myself paralyzed in front of a blank screen wishing I could be struck by lightning – anything to get me out of putting words to paper.

I realized that what I have is a real, legitimate fear of writing. Writing isn’t just typing words to paper (though it ultimately comes down to that). It’s having new experiences, it’s reading, researching, revising, submitting, and marketing yourself.

It sucks. And it’s starting to cost me.

I’ve been struggling with this for years. I’ve let down quite a few people because of it and it has really taken a toll on my sense of self. I know part of it is my need for perfection. I am not satisfied with just throwing words together; I want every sentence to sing. I’m also impatient. I don’t want to go through the gruelling tempering period it takes to make a great writer. I don’t want to have scads of manuscripts lying around, I want my first one to be gold and I’ll endlessly write and rewrite it – setting the goal posts ever farther away, to get that.

It would be easy to say that I’m lazy and that I lack discipline, though I’m sure that’s a big part of it. Without a deadline, I’ll dick around forever on a task. It would also be easy to say that that I don’t want it enough. I want to live the writer’s life – chuck it all and just become a freelancer, moving from country to country soaking up life and living by the products of my pen - but my writing has never felt truly legitimate. A part of me feels that being a writer is for chic bohemian types who wear dashikis and live in New York or Paris – it’s a lifestyle, not a job. All these would be true, but that wouldn’t be the whole story. 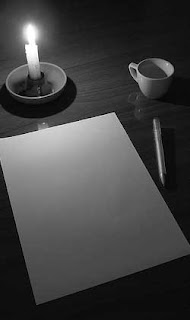 I know many writers who say they don’t feel quite as alive as when they are writing. Others say that while they find the process difficult, they do it because they feel compelled to it. I don’t. In fact, there is so much anxiety for me around writing that I try to avoid it as much as possible.

So writing isn’t fun for me. It’s nerve-wracking, dispiriting and has driven me to the edge of suicide on more than one occasion. I tried giving my writing an aura of legitimacy by doing it under the cover of journalism, but it turns out that reporters are not necessarily writers. They both write, but they have completely different motivations. I’m now trying publishing with an eye toward academia down the line.

I don’t hold out much hope, though. I should probably learn a new trade (dressmaking has always fascinated me) but, with my lack of common sense and people skills, I doubt I’d be any good at that either.