On Wretches and Kings

Last year I read Alaa Al Aswany’s The Yacoubian Building about the residents in an aging building in Cairo, Egypt. What struck me about this book was how similar Egyptian and Nigerian societies – as portrayed in Blackbird by Jude Dibia – were. The same rigid class structures, the same juxtaposition of extreme poverty and wealth side by side, the same corrupt government systems. It was eerie.

Then last week I read White Tiger by Aravind Adiga, an amazingly well-written book about how a servant manages to rise to riches and power – by murdering his employer, only to see all the same issues mirrored there. That got me worried. How was it that three very different books about three very different parts of the world seemed to reflect the same depressing realities?

Aravind Adiga's book chronicles how a very smart, entrepreneurial man born into a servant caste in India - something as rare as a white tiger, apparently - manages to rise above his station. Told the the quirky but viciously perceptive voice of the amoral narrator, it is clear-eyed look at the dark side of the country's rapid rise to economic power.

Jude Dibia’s novel is set in a fictionalized Nigerian city that looks and acts a lot like Lagos. It follows the intersecting stories of two couples: one poor, one rich. The poor couple struggle to eke out a living in an overcrowded slum after the husband loses his factory job while the rich couple – a Nigerian woman married to a White British businessman – run a luxury hotel in the most exclusive part of the city. It's observations about class, race and gender in Nigeria are some of the most perceptive I'd come across in a long while. 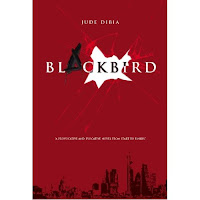 The Jacobian Building is set in modern Cairo and follows the lives of the residents of a historic apartment building that has fallen on hard times. They are a cross section of Egyptian society – a gay newspaper editor, an aging aristocrat playboy, the ambitious son of a doorman and his childhood sweetheart. The book follows them as they struggle to navigate a complex society bounded by religion, politics and – of course – corruption.

All three books paint a incisive portraits about what it’s like to live without money in societies so corroded by corruption that money is the only thing that matters. The authors have a fine eye for the daily indignities that accompany poverty.

Each book explores Langston Hughes’ question: “What happens to a dream deferred?” What happens to the smart, ambitious men and women who are trapped in systems where intelligence, capability and talent mean nothing against money and influence? Where does their frustration go?

The answer is chilling. In all three books, the rigidity of the system is shaken only by acts of violence. Servants kill their masters, armed robbers parading as militants blow up luxury buildings and the disenfranchised take up arms against the privileged.

That three brilliant writers from three very different parts of the world, describe similar systems and all come to the same conclusion is, frankly, more than a little disturbing.