The Right to Racism 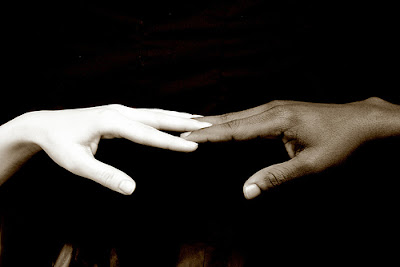 April was a weird month for me. I got some devastating news that sent me to some dark places inside myself for a while. And it didn’t help that April was also the month that several race-related news stories hit the airwaves (or at least broke into my conciousness). From the murder of Trayvon Martin, to the Swedish Golliwog cake scandal, the expulsion of Nigerians from South Africa, and racist reactions to a black character in the Hunger Games movie, it just seemed like a bad time to be black in the world.

It is easy to attribute the racism that spawned these issues to a few bad eggs, but that’s not the problem. There will always be racists. The real problem is that racism is not just individuals who don’t like other individuals because of the colour of their skin. Racism is built into systems of power and privilege. Systems that allow some people – because of the colour of their skin – to have more opportunities than others.

Some people – because of the colour of their skin – have the opportunity to live in nicer homes, grow up in safer neighbourhoods, attend better-resourced schools, and live richer, more fulfilling lifestyles than others. Some people always get the benefit of the doubt – if they mess up, it’s not automatically assumed that it’s because of a “cultural” or racial pathology. Some people – because of the colour of their skins – can turn on the television and always see themselves reflected back. For them, race is not something they ever have to think about, if they don’t want to.

And the problem I have with too many of these people is that, because they don’t have to live their lives circumscribed by their race, too often, they dismiss the experiences of people who do. 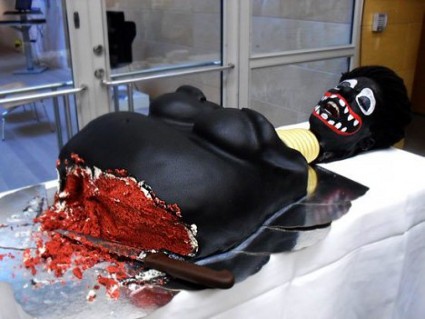 After every one of the scandals I mentioned earlier, there was always a chorus of people (usually white) who would come out to dismiss any claims of racism. They would claim that somehow black people were overreacting and that there had to be some explanation other than racial bias. They would often say that black people were “playing the race card” to unfairly punish an innocent white person or garner unnecessary attention. In fact, many people’s response to the Swedish Golliwog incident (which I can’t even coherently express how personally upsetting and horrifying it was) was that it was merely a provocative artistic statement about race. Such explanations had a whiff of elitism - a hint that perhaps those offended by it were not sophisticated enough to understand the point of the "peice."

Now imagine if, in each of these situations, the issue involved wasn’t about race but disability. Would you suggest that handicapped people be “overreacting” in their outrage? Would it be a legitimate defence to say that they just didn’t “get” it?

But because I have never known poverty, does that mean that when a poor person complains of discrimination that I assume they are somehow making it up? Or that they are trying to gain unfair advantages? There is a system in place that privileged me over others. Yes, I worked hard to get where I am today, but I was given opportunities in which to prove myself. And that does not give me the right to dismiss the experiences of those who did not have the same opportunities that I had.

White people didn’t ask to be born into power structures that privileged them any more than I did. But they do benefit from the system – often in more ways than they are consciously aware. And to me, the fact they seem to be unable to acknowledge that these structures even exist, let alone admit that they discriminate ... well, this is more than a profound lack of empathy. It is how the racist power structure is kept in place.

As long as those who benefit from it don’t directly acknowledge it, they can continue to benefit. It’s the same with class in Nigeria. I don’t know how many people in my class and above who will admit that their money and privilege probably came from corrupt means. Unfortunately, corruption is how most money is made in this country. But no one will directly admit that they or their parent or family member did something shady (if not outright illegal) to get them the cushy lifestyle they enjoy. Rather, we will talk as if it’s someone else that’s doing it. And when the poor protest, we join in as if we are suffering also.

It’s a kind of hypocrisy (or at least a self-imposed blindness) that allows us to go about without acknowledging the full depth of the injustice that underpins our world. But, as writer Lindy West points out in her Guide to Hipster Racism post on the Jezebel blog, that is not a defence. So when an example of racist behaviour is brought to light, as people who are benefiting from a racially-biased power structure that extends all over the globe (it’s not a coincidence that most of the poorest countries in the world are also the brownest/blackest), stop trying to tell those who aren’t benefitting that it’s all in our head. Don’t tell us “lighten up” or “loosen up.” And don’t tell us that we’re playing “the race card” to gain unwarranted sympathy or attention.

You have no right.

Instead, listen to what we have to say, acknowledge we have a legitimate point of view (millions of us can’t all be exaggerating or making it up) and that there is a problem, then work with us to figure out the solution. Treat us with the same respect and dignity you would demand for yourself.

Anything less is just racist.