The Second Coming of African Lit 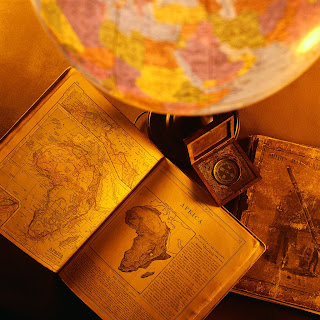 When I think of the phrase "African literature," I immediately think of Chinua Achebe's Things Fall Apart, and Wole Soyinka's The Man Died. I think of Mongo Beti, Mariama Ba, Flora Nwapa, Bessie Head and Doris Lessing. They are all amazing writers whose books dealt with themes of identity and the struggle for liberation  and helped to define what in academia is known as Post-Colonial literature.


A lot of writers today are still dealing with those themes (I think of Uwem Akpan's short story collection Say You are One of Them or Chimamanda Adichie's Half of a Yellow Sun, both of which deal with the subject of war),  I work in the publishing industry and I have been privileged to see the rise of a new kind of African literature. It's exciting, it's innovative and it's completely different from what's come before. On the surface, it seems uninterested in excessive seriousness; it seems to just wanna have fun.

I hear from a lot of people who sell books for a living that Africans don't read. It's more than the dismal literacy rates in many countries, though. Because when Africans do read, they don't read African authors. Instead they prefer to read romances, thrillers and fantasy books from Western authors.

I don't think this is because Africans disdain their own authors, I think the truth is that Africa doesn't seem to have its own form of popular literature. In the West, there's a divide between high and low culture, between opera and ballet, and country music and wrestling. In literature that divide shows up in the separation between those who read Phillip Roth and those who read Dan Brown. What we know as African literature is dominated by high culture writers published by the West, for the West. We don't have our own romances, thrillers or fantasies anymore.

In the 60s and 70s, when the Nigerian publishing industry was at its height, there were plenty of examples of popular literature. There was the Pacesetter series, short crime thrillers and romances that were immensely popular. In the East there was "Onitsha Market Literature" and the North had a thriving Hausa literature scene. Except for the Hausa literature market, most popular ventures collapsed when the publishing industry died under the strictures of military rule.

I think that's changing. I'm seeing is the emergence of African popular literature, romances, thrillers and sci-fi that cater to the popular imagination without being weighed down by "heavy" themes and what my people like to call "grammar."It's imperfect. A lot of it is still published in the west (like Mukoma Wa Ngugi's crime thriller Nairobi Heat) or self-published (like Ekene Onu's chick-lit romance The Mrs Club) or online only (like Biram Mboob's sci-fi thriller Harabella) and hasn't yet found its way to the masses.

But as economies improve, and the middle-class continues to rise, the demand will only grow. Already, publishers are returning to the continent and they are looking for ways to make money. Just as Nollywood has revived African popular cinema, one of them will come up with a series or will discover an author who will revive popular literature. It is only a matter of time.

Trust me, I'm a professional. I know.