The wound that will not heal

Months ago, I read a fascinating article by Ngugi Wa Thion’go on slavery and its effects on the African psyche. Wa Thion’go says that Africans and the West have buried the trauma of slavery in a collective “psychic tomb, acting as if it never happened.” The result is a sense that African lives, ideas and experiences don’t matter – or at least they don’t matter as much. 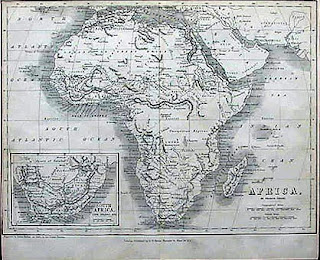 For instance, the genocide committed against European Jews under Nazi Germany is rightly invoked as a reminder of man’s monstrous inhumanity. Yet, slavery, which Wa Thion’go calls “genocide, holocaust [and] displacement of unprecedented historical and geographic magnitude,” is often dismissed as something we should get over. To invoke it as a possible reason for the economic dominance of the West and the dismal state of the continent and communities in Diaspora is considered in bad taste.

"The economic consequences are obvious: the most developed countries in the West are largely those whose modernity is rooted in the Transatlantic slave trade and plantation slavery. The African body was a commodity; and manpower, a cheap resource. Note that this was continued in the colonial era where, once again, African human and natural resources were cheap for the colonialist European buyer who determined the price and worth of that which he was buying. Don't we see echoes of that today in the unequal trade practices where the West still determines the price and worth of what it gets from Africa while also determining the price and worth of what it sells to Africa?

"It is not a strange coincidence that the victims of slave trade and slavery on the African continent and abroad are collectively the ones experiencing underdevelopment."


We refuse to see what lies before us. We much prefer the story line that Africa’s leaders are primarily responsible for the continent’s problems with the benevolent West looking helplessly on. While it is true to a great extent, it is not the whole story.

Through slavery and its little sister colonialism, we were stripped of our memories – our history, our religion and our identities. The indigenous solutions that we built for ourselves over millennia of living were destroyed. Many African nations are constantly holding themselves in comparison against an illusionary ideal. Wondering why they cannot seem to enjoy the peace and prosperity of Western nations while forgetting that every aspect of their lives is dominated by an unequal relationship with those nations.

I believe one way to rebuild our identities is through imagination. We are surrounded by thoughtful, intelligent minds dreaming up new ways to be African and new solutions to African problems. Granted, many of them are stifled or driven into exile by corrupt systems built from rusty colonialist models, but those minds do exist. What we need to do is to stop limiting ourselves by drawing arbitrary lines in the sand about what it “Authentically African.”

I find such conversations distracting. They seem to come from a narrow, often Western, interpretation of what it means to be African. Sometimes, I fear that we are spending so much time worrying about whether a work is “African” enough, that we have ceased to write truly innovative fiction. It is not in our best interest to ape the West, scrabbling to create poor copies of technologies we do not understand and cannot effectively use. It is not in our best interest to tell stories circumscribed to fit some narrow definition of what is African – stories designed for the consumption of Western minds. Africa is a very big continent and I believe there is more than enough space in it for all kinds of stories.

We have to gain respect for our own voices, for our own solutions, for the power of our own imaginations. And we must start by acknowledging our past. If we can admit that we were wronged - and that it affects us still - we can see the exploitative web in which we are enmeshed and find ways of untangling ourselves.