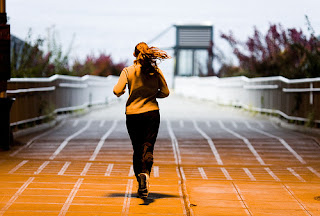 Since I returned to Nigeria at the tail end of 2009, I’ve been preoccupied with the notion of success. How to get it, how to keep it and most importantly, how to grow it. For me, success was having a job that paid me lots of money, owning lots of nice things, living in a nice place and being in a relationship with someone who also had a lucrative job and lots of nice things. And, success was synonymous with happiness – once I was successful, I’d be happy and I could only be happy if I was successful. The problem was, I hadn’t taken much time to figure out what either “happiness” or “success” meant.

For most of us, success is synonymous with material wealth. You can tell a person is successful by their possessions – the kind of car they drive, the house they live in and the amount of money in their bank accounts. While happiness is usually measured by whether one has a significant other in their lives. And the assumption is that those who are successful and happy are superior to those who aren’t. That’s why there’s a billion-dollar industry in self-help literature that promises (usually in easy steps) to show people the paths to success and happiness.

But what if our definition of happiness and success is fundamentally distorted? What if, it is actually completely wrong?

Let’s take the idea of success, for example. Many of us believe that in order to attain the material wealth that illustrates success, we have to work hard, not procrastinate, and keep our promises – to ourselves and to others. This implies that success is tied up with integrity. But we all know that it isn’t. We see plenty of people who lie, scheme and manipulate and still manage to gain all sorts of material success. In fact, it sometimes seems that it’s those who can best dissemble – who can best seem like someone they are not – who gain the most success.

There is an emphasis on what one can see on the surface rather than on what lies within. That's why, in many circles what others think of you – your reputation and your image – is more important than what you actually do. It’s most obvious in the world of celebrity entertainment, as captured in “How to Lose Friends and Alienate People,” by Toby Young, but it can be found almost everywhere you look in the material world.

At the risk of sounding like a bitter loser, I’m going to venture that if success is defined as possessing wealth, recognition and power, then there’s something wrong with the world’s values. Because at the root of this idea of success is the ideal of domination and oppressive subjugation.

In a rather satirical article in the UK Independent, Terrence Blacker notes:

Those who are on the treadmill of ambition and advancement rarely make good company, and work hard to make you feel worse about yourself by droning on about their own silly, fretful lives.

But what if we redefined success by dismantling the silly hierarchical model it’s built on? What if life stopped being a race and became a dance instead? Each of us would no longer be running to be the first to get the golden ring but would be spending time learning our own rhythms and finding our own song.

I believe that if we did that, there would be no lack. All of us are different, with different talents and interests and gifts, so we wouldn’t go for the same things. We wouldn’t care about impressing or undercutting or sabotaging someone else, because we’d be too busy doing our own thing – and if you’ve ever seen a group of professional dancers freestyling, you’ll know that there’s a wonderful harmony that can eventually come from this. Each dancer is doing their own steps, but somehow, they always end up creating a larger choreography that’s wild and organic – a chaos that's beautiful to behold.