The rise of African science fiction 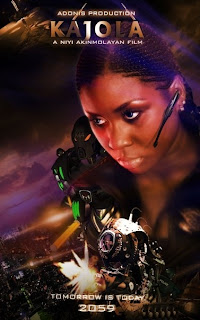 There is something bubbling beneath the surface in the world of science fiction and fantasy as we know it. I'm a little late to the game on this blog, but I've been following some really cool examples of African Science Fiction - and I distinguish Sci-fi by Africans from Sci-fi and fantasy written by non-Africans but set in Africa - and I wanted to share some findings with you.

First there's the truly exciting AfroSF anthology coming later this year. The anthology is open to submissions from African writers only on the continent and in the Diaspora. It will be edited by Zimbabwean author Ivor Hartmann. The deadline for submissions is May 31st, 2012. I would encourage everyone who's doing anything in this genre to apply.

Some other really cool things I discovered over the past year include the two African science fiction movies: Pumzi and Kajoola. Haven't seen either yet, but I've heard good things about both.

Then there's Nnedi Okorafor's Who Fears Death which won the World Fantasy Award last year. It's a wonderful novel set in a futuristic Africa. And her Young Adult novel, Akata Witch, about a young Nigerian girl with special abilities coming soon to Naija! And let's not forget the Griots anthology of African and African-American science-fiction on shelves now.